C3SR hosting its inaugural Open House at ECE Building in 2018 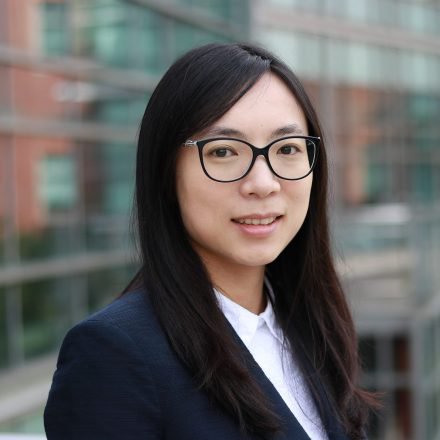 The C3SR faculty, Prof. Bo Li, has been named to MIT Technology Review’s list of 35 Innovators Under 35. for her pioneering research in adversarial attacks to detect flaws in AI systems and make them more robust. 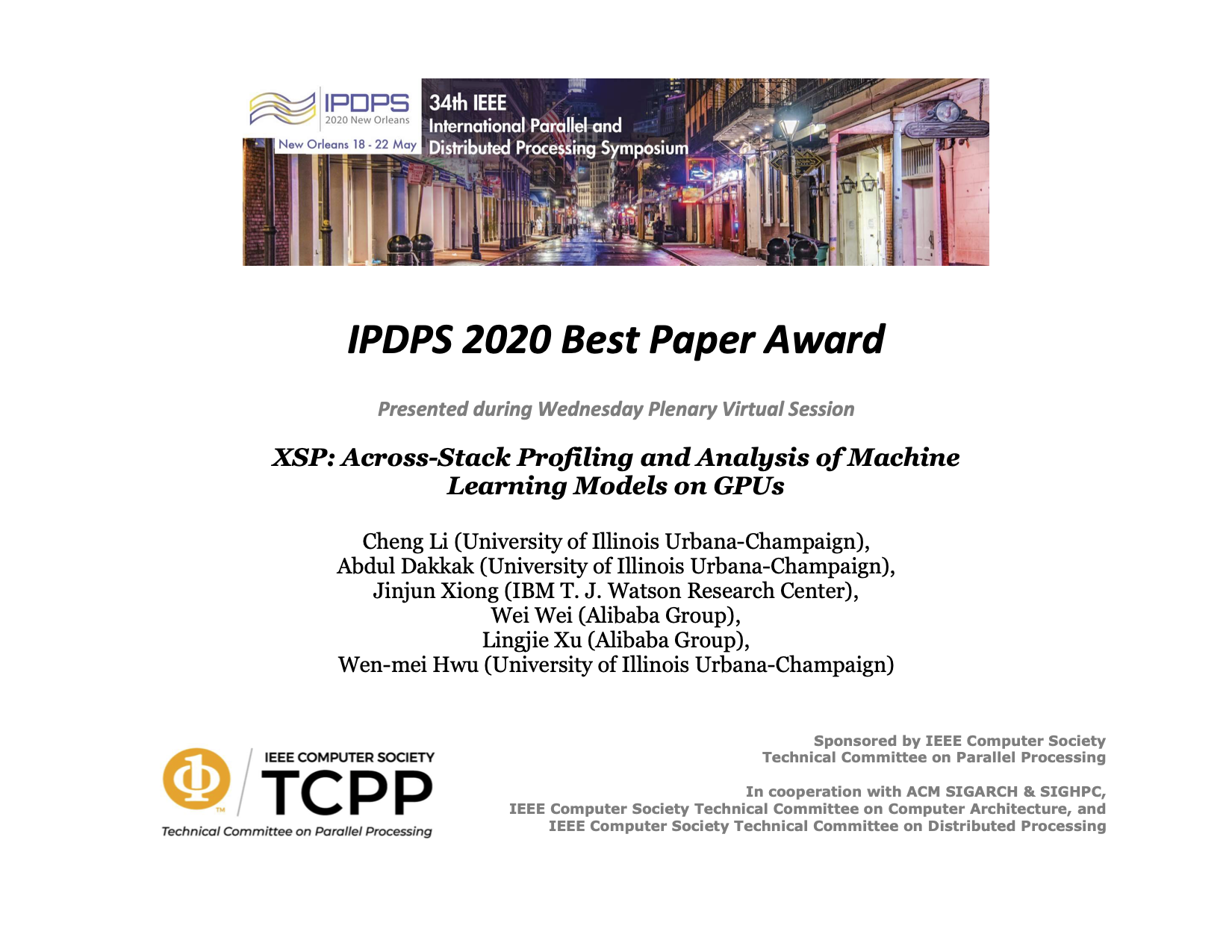 The C3SR faculty members, Professors Deming Chen, Wen-mei Hwu and Jinjun Xiong, has recently been awarded by the Google TensorFlow team for a competitive Google Faculty Awards to Support Machine Learning Courses, Diversity, and Inclusion. This faculty award recognizes the team for their creation of the ECE498-ICC course, titled “Internet-of-Things and Cognitive Computing,” which were offerred in the Spring semesters of 2019 and 2020, respectively. Since its inception in 2019, the course has attracted not only computer engineering students, but also students from electrical engineering, computer science, agricultural & biological engineering, civil engineering, and biology.

In memory of Prof. Thomas Huang

Our beloved C3SR faculty, Professor Thomas Shi-Tao Huang, passed away peacefully at his daughter’s home in Indiana, during the evening of April 25, 2020. Three months ago, Tom’s wife, Margaret, left the world in peace in the company of her family; Tom was extremely sad. Two months later, Tom moved from UIUC, where he had been teaching and living for forty years, to his daughter’s home in Indiana. In the last few weeks, Tom enjoyed the company and care of his family, and he also cared about the development of his students in the distance.

NAIS: Neural Architecture and Implementation Search and its Applications in Autonomous Driving

The rapidly growing demands for powerful AI algorithms in many application domains have motivated massive investment in both high-quality deep neural network (DNN) models and high-efficiency implementations. In this position paper, we argue that a simultaneous DNN/implementation co-design methodology, named Neural Architecture and Implementation Search (NAIS), deserves more research attention to boost the development productivity and efficiency of both DNN models and implementation optimization. We propose a stylized design methodology that can drastically cut down the search cost while preserving the quality of the end solution. As an illustration, we discuss this DNN/implementation methodology in the context of both FPGAs and GPUs. We take autonomous driving as a key use case as it is one of the most demanding areas for high quality AI algorithms and accelerators. We discuss how such a co-design methodology can impact the autonomous driving industry significantly. We identify several research opportunities in this exciting domain.
C. Hao, Y. Chen, X. Liu, A. Sarwari, D. Sew, A. Dhar, B. Wu, D. Fu, J. Xiong, W. Hwu, J. Gu, D. Chen
International Conference on Computer-Aided Design, 2019

Multi-scale context module and single-stage encoder-decoder structure are commonly employed for semantic segmentation. The multi-scale context module refers to the operations to aggregate feature responses from a large spatial extent, while the single-stage encoder-decoder structure encodes the high-level semantic information in the encoder path and recovers the boundary information in the decoder path. In contrast, multi-stage encoder-decoder networks have been widely used in human pose estimation and show superior performance than their single-stage counterpart. However, few efforts have been attempted to bring this effective design to semantic segmentation. In this work, we propose a Semantic Prediction Guidance (SPG) module which learns to re-weight the local features through the guidance from pixel-wise semantic prediction. We find that by carefully re-weighting features across stages, a two-stage encoder-decoder network coupled with our proposed SPG module can significantly outperform its one-stage counterpart with similar parameters and computations. Finally, we report experimental results on the semantic segmentation benchmark Cityscapes, in which our SPGNet attains 81.1% on the test set using only ‘fine’ annotations.
B. Cheng, L-C. Chen, Y. Wei, Y. Zhu, Z. Huang, J. Xiong, T. Huang, W-M. Hwu, H. Shi
International Conference on Computer Vision, 2019
PDF

Unlike traditional PCIe-based FPGA accelerators, heterogeneous SoC-FPGA devices provide tighter integrations between software running on CPUs and hardware accelerators. Modern heterogeneous SoC-FPGA platforms support multiple I/O cache coherence options between CPUs and FPGAs, but these options can have inadvertent effects on the achieved bandwidths depending on applications and data access patterns. To provide the most efficient communications between CPUs and accelerators, understanding the data transaction behaviors and selecting the right I/O cache coherence method is essential. In this paper, we use Xilinx Zynq UltraScale+ as the SoC platform to show how certain I/O cache coherence method can perform better or worse in different situations, ultimately affecting the overall accelerator performances as well. Based on our analysis, we further explore possible software and hardware modifications to improve the I/O performances with different I/O cache coherence options. With our proposed modifications, the overall performance of SoC design can be averagely improved by 20%.
S. Min, S. Huang, M. El-Hadedy, J. Xiong, D. Chen, W. Hwu
International Conference on Field Programmable Logic and Applications 2019, 2019

Update on Triangle Counting on GPU

Update on k-truss Decomposition on GPU

In this paper, we present an update to our previous submission on k-truss decomposition from Graph Challenge 2018. For single GPU k-truss implementation, we propose multiple algorithmic optimizations that significantly improve performance by up to 35.2x (6.9x on average) compared to our previous GPU implementation. In addition, we present a scalable multi-GPU implementation in which each GPU handles a different ‘k’ value. Compared to our prior multi-GPU implementation,the proposed approach is faster by up to 151.3x (78.8x on average). In case when the edges with only maximal k-truss are sought, incrementing the `k’ value in each iteration is inefficient particularly for graphs with large maximum k-truss. Thus, we propose binary search for the ‘k’ value to find the maximal k-truss. The binary search approach on a single GPU is up to 101.5 (24.3x on average) faster than our 2018 $k$-truss submission. Lastly, we show that the proposed binary search finds the maximum k-truss for “Twitter” graph dataset having 2.8 billion bidirectional edges in just 16 minutes on a single V100 GPU.
Mohammad Almasri, Omer Anjum, Carl Pearson, Vikram S. Mailthody, Zaid Qureshi, Rakesh Nagi, Jinjun Xiong, Wen-Mei Hwu
2019 IEEE High Performance Extreme Computing Conference, 2019